At the outset this trip follows the same route north west out of Inverness as the ‘Gairloch circuit’, but where that turns left at Braemore, we’ll continue on towards Loch Broom and Ullapool.

Ullapool (Ullapul; Ulla’s pool) is another name drawn from Norse heritage, and the town has always faced the sea. The ‘modern’ village effectively came into being from 1788 onwards, when the British Fisheries Society established a fishing station. This planned development gave rise to the grid street pattern – extremely unusual in the Highlands and Islands. Ullapool is now the mainland port for the ferry link to Stornoway on the island of Lewis. It’s picturesque and always busy during the tourist season – especially when the ferry is loading or unloading.

From Ullapool we’ll continue north towards Sutherland. From here the landscape becomes much more challenging and the road snakes up and down steeper hillsides. Well-known peaks and mountains like Ben More Coigach; Stac Pollaidh; Cùl Mòr; Quinag and Suilven line the road – and this is reflected in the area’s international status as a ‘Geopark’. The geological heritage has given rise to cave systems and features such as the ‘bone caves’ – where bones from lynx and polar bear have been found, proving that Scotland was once quite a bit colder!

We’ll come back to the sea at Kylesku (Caolas Cumhann; ‘narrow kyle’) – crossing the architecturally-striking Kylesku bridge which replaced the ferry as recently as 1984.Crossing the bridge spare a thought for the waters below – once of Scotland’s lesser-known, but better dive sites, where scuba divers can enjoy an exhilarating dive on the flood tide – being swept along 30m down. Before sport diving became accessible though, the lochs here served as a training ground for more serious underwater work. In 1943 this was the base for a flotilla of midget submarines – training for missions against German warships in the Norwegian fjords.

Further north still we’ll get to Scourie and Laxford Bridge. At this point we’ll turn back to the south and east, heading across the country from one coast to the other. We’ll pass through wild and remote country – only sparsely inhabited, and that mainly due to extensive shooting estates. Back on the east coast we’ll go through Bonar Bridge and Ardgay before making our way ‘over the Struy’ towards Evanton, the Black Isle and Inverness.

This can be a long day ‘in the saddle’ – covering some 190 miles – but it does give an insight into the diversity of Scotland’s landscapes, from moorland to the west coast; wild Sutherland to the more fertile and industrial east coast. 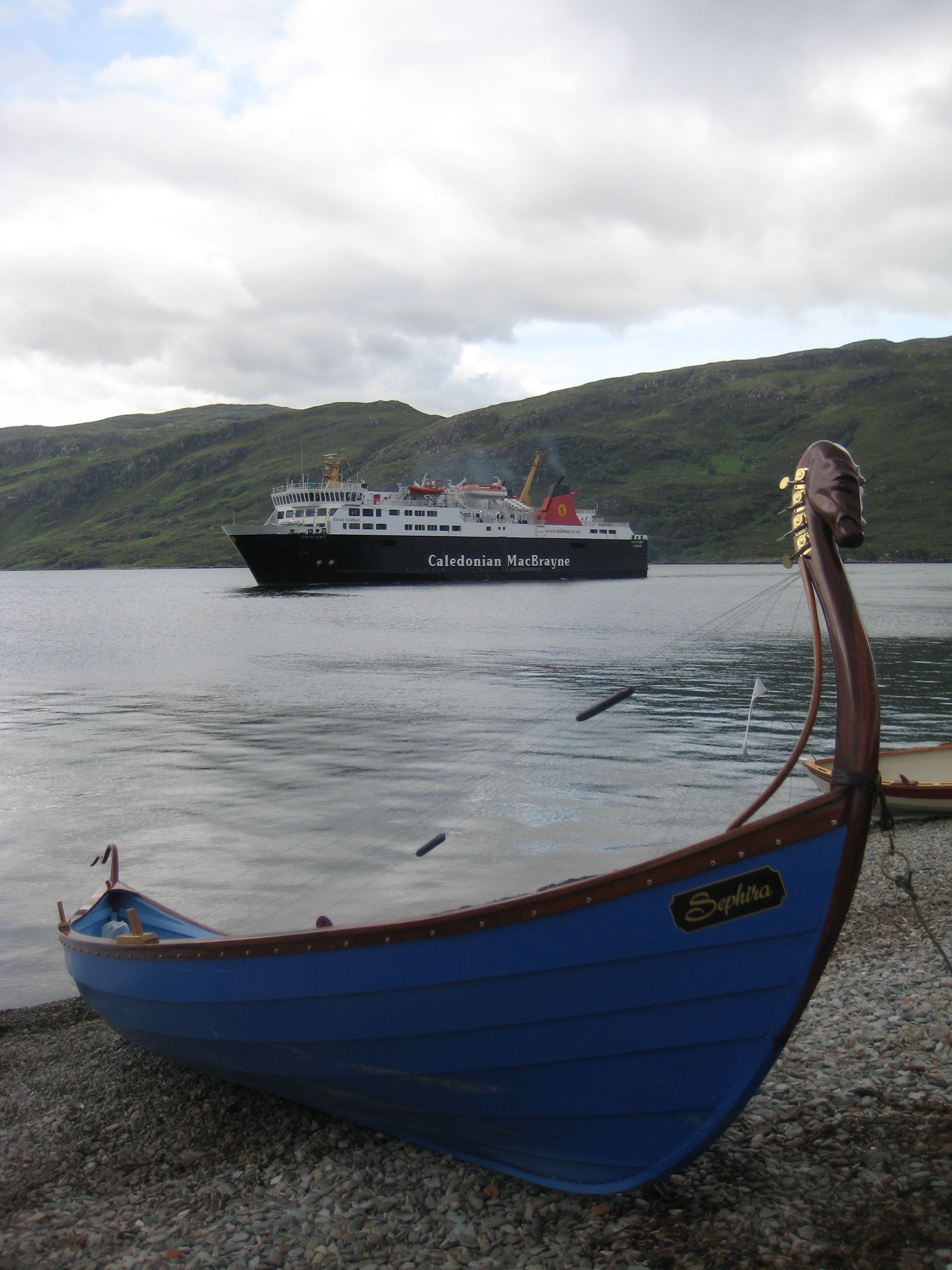